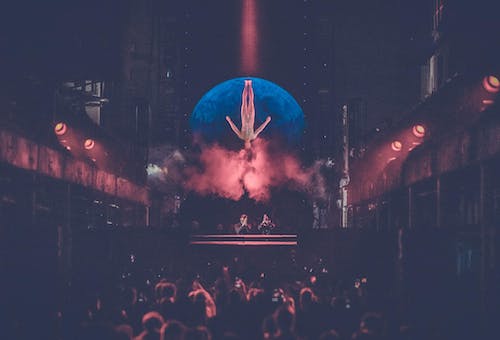 ABOUT WOO YORK: Members of the European techno revival, Ukranian duo Woo York produce a powerful, driving, dark yet sophisticated sound with a unique live performance placing them amongst the leaders in underground, electronic music.

Local heroes in their hometown of Kiev since 2009, Andrew and Dennis have been able to connect the world with their trippy, melodic techno through a string of releases with likes of Dystopian, Afterlife, Life & Death, Semantica and Soma. They’ve performed numerous showcases around the world with a club and festival portfolio that resulted in their debut listing in Resident Advisor’s Top 40 Live acts for 2016.

Moving between pure dance floor techno and more experimental material, Woo York’s hardware driven live performance shows an experience and dexterity that allows them to challenge a crowd’s perception of contemporary live performance. Their aesthetic, although rooted in techno, is left-field focused and driven by electronic music’s vast influences; from the avant-garde to the fundamental creators of Detroit, Berlin and beyond.

ABOUT MOONWALK: Moonwalk is the darkest side of Milan-based and Neapolitan born Dario Vizioli & Mauro Morabello.

The moon lovers have always been huge fun of techno music as they approached very early the Neapolitan underground music environment. Their curiosity for music production became quickly their common main interest.

While working on their music, they made their ways through the nightlife of Napoli playing in the most underground clubs in town and assimilating foreign music cultures thanks to their countless gigs around Europe and South America.

Considering that they only started releasing in 2012, Moonwalk’s music has reached soon great international recognition.

In just three years, they have released “Domino” on Definition, “Phenomena” on Stil Vor Talent and “Eclipse“ on Kitball, reaching several times the top 10 on Beatport Deep House charts.

In 2016 they confirmed their primary spot in the electronic music universe working for label such as “Get Physical”, “Knee Deep In Sound” and releasing their most downloaded track on Beatport “Meteora” on Stil Vor Talent, holding into #2 position for over 8 weeks in the Tech-House chart.

A great support came by Diynamic boss Solomun, which ended with the release of “Orbital”.

Their Dj sets are a mixture of Techno with emotional Deep and Electronic vibes. Far away from ordinary, they are always looking for unique sounds, inspired by their gloomy walks under the moon...