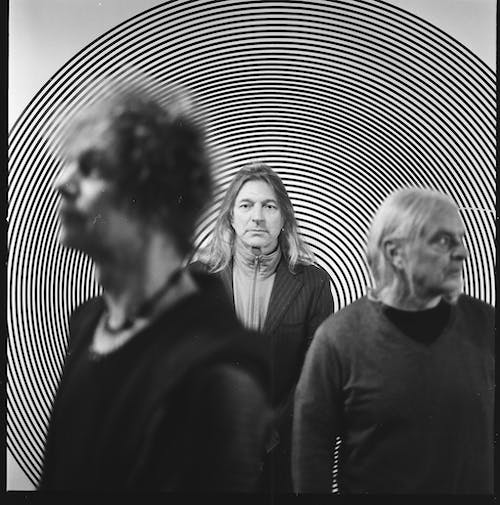 The Great Northern, Coldwaves Festival, and Wax Trax! Records are thrilled to bring you The Young Gods on Sunday September 20, 2020.

The Young Gods are a legendary avant-garde, industrial rock band that has defied convention from day one – from the fact that their music was constructed via live drums, vocals and sound/instrument manipulation via a keyboard sampler to the way they effortlessly gravitated between hard rock, heavy metal, cabaret crooning, torch songs, industrial, ambient, free jazz and all stops in-between. The trio are a gold mine for those who enjoy music that is as borderless and beautiful as it is challenging.

Since 2012, Cold Waves Festival has hosted the return of many iconic industrial bands, as well as introduced people to a new set of innovators. Bands like Front 242, Severed Heads, Godflesh, KMFDM, Ohgr, PIG, Stabbing Westward, Clock DVA, Front Line Assembly, Fear Factory, Prong and Pop Will Eat Itself brought back fond memories and old school vibes to long awaiting fans, while other bands like High Functioning Flesh, Youth Code, HIDE and Author & Punisher have all made new, passionate fans on our stage. Cold Waves Fesival hopes to continue this co-mingling of forward-thinking, ground-breaking, classic acts alongside brand new talent, putting music and experimentation before fashion or scene, celebrating the sounds of industrial while connecting and supporting those suffering from depression, addiction, suicidal tendencies and other mental health issues.

From humble beginnings in Denver, Colorado, Jim Nash and Dannie Flesher built one of the most influential American independent record labels. In 1978 they opened Wax Trax! Records in Chicago, Illinois, which would evolve into a record store and music label like no other—Wax Trax! became the nexus of the new wave, punk rock and industrial music scenes, and America’s preeminent industrial label of the 1980s and ’90s!