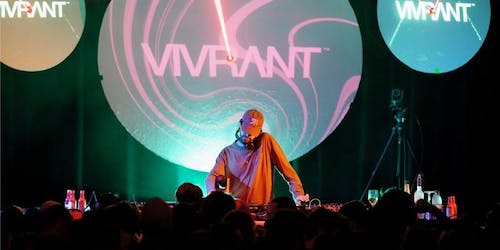 Presented By: Global Fund for Women

GET YOUR TICKETS TODAY!

This show will Sell Out!!!

Since Jeremy’s first release on his label Vivrant in December of 2015, the imprint has seen nine out of its fourteen EPs make #1 on Beatport. Parallel to the label’s growth, the founder himself has seen his own profile ascend closer and closer to the very top of the game.

When it rains it pours, they say, and the inception of Vivrant has allowed for incredibly artistic growth, and brought Jeremy a career-first residency at esteemed LA nightclub Sound, opened the door to host multiple sold out label showcases across the globe, an invitation to Ultra’s Resistance night at Privilege Ibiza alongside Sasha & Digweed, Art Department and Dubfire and key festival plays, such as Baum Park in Colombia, Big Burn in Turkey, Labyrinth Open in Croatia, Pleinvrees in Holland and Extrema Outdoor in Belgium to mention a few.

With an ever-growing demand from other esteemed outlets, Jeremy’s had several chart-topping dispatches on some of the most coveted labels on the scene. Examples range from Eric Prydz’s Pryda, who he also recorded a shortlisted BBC Radio 1 Essential Mix with, Spanish power-house Suara, microCastle, major Atlantic Records, UK behemoth Anjunadeep and John Digweed’s Bedrock, where he released the ‘Last Dance’ EP together with Knee Deep In Sound cohort Cristoph. The EP went straight to #1 on Beatport and was one of Bedrock’s best-selling releases of 2017.

2018 had Olander’s touring schedule filled to the brim with notable shows at marquee clubs and festivals around the globe. His diary has included Sydney’s Electric Gardens, Montreal’s Stereo, London’s Steelyard, Labyrinth Open in Croatia, Woobar in Bali, Vivrant showcases at 1,100 capacity venues Jet in Buenos Aires and Kraken in Stockholm, a Berlin debut at Chalet as well as a slew of sold-out Vivrant at Sea boat parties in Toronto, New York and Boston.

Musically, Jeremy started the year with the anticipated ‘Karusell’ EP on Vivrant, which went to #1 on the Melodic House & Techno chart and #2 overall on Beatport. He followed it up with recently released ‘Zanzibar’ (Sthlm Edit), also on Vivrant. The dreamy summer record, which saw support from Edu Imbernon, Yotto, Cristoph, Guy Mantzur, Sasha, Lane 8, Sébastien Léger and more, features vocals by up-and-coming Australian artist Kamaliza and is a surefire soundtrack to any given sunset for the remainder of the year and beyond.