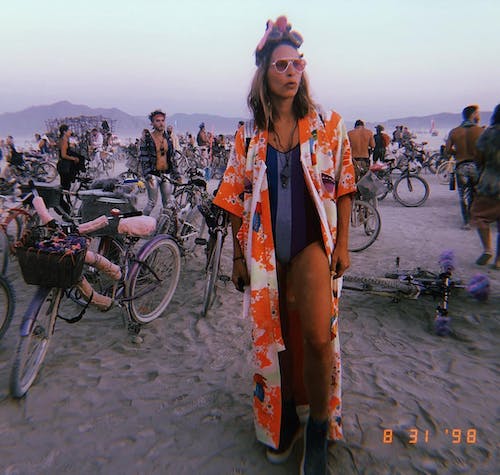 iCal
Google
We have 2 amazing DJ/Producers coming from the Black Coffee Family.

SET with BLOND:ISH & THEMBA at Monarch

ABOUT BLOND:ISH: Vivie-Ann Bakos steps into 2019 flying the BLOND:ISH flag solo, bringing a newly individual joy and spirituality through solo performances and recordings.

2018 was truly the Year of BLOND:ISH: the birth of the ABRACADABRA label, the blossoming of ABRA events including a stage at Tomorrowland, yet another stand-out Burning Man set, label debuts including Warung and EXIT Strategy, regular international slots at Circoloco, Ibiza residencies with WooMoon, Black Coffee and at Scorpios Mykonos... Vivie-Ann and Anstascia D'Elene Corniere grasped every star they’ve reached for, and always in their own inimitable style.

Combining brilliant entrepreneurship with environmental activism, Vivie-Ann has continually challenged herself and the music community. Last year BLOND:ISH helmed a ‘sustainable raving’ movement which led to the hugely successful beach clean in Ibiza with locals and environmentalists. Vivie-Ann also appeared on IMS and ADE Green panels to discuss the issues, along with the imminent launch of her Bye Bye Plastics initiative.

This new phase of BLOND:ISH is already reaching new heights, with a new remix of Black Coffee’s ‘Wish You Were Here’ on Ultra Music, and her Coachella debut.

ABOUT THEMBA: South African native Themba burst onto the global dance scene in 2018 with a string of high profile gigs and music releases. This summer Themba is based in Ibiza as resident DJ at Black Coffee's party at Hi, with shows at Ushuaia, Amnesia, Blue Marlin & Heart, while also touring in over 20 other countries.

Early 2019 saw Themba play at the Brixton 02 Academy in London, warming up for Black Coffee, the Luciano & Friends party in Tulum Mexico & Paris Fashion week with Nic Fanciulli . At this year's Miami Music Week he played at the Black Coffee and All Gone Pete Tong shows, where Themba's set was used as the BBC Radio 1 Essential Mix for Pete Tong's show that week.

Themba's sound is forged from his African roots, incorporating local singers, songwriters and percussionists to create his own unique take on electronic music. His 'Paliva EP' & 'Haai EP' were both released on the Knee Deep In Sound label in 2018, as well as 'Vuma / Lost' on Yoshitoshi. The highly acclaimed 'Who Is Themba?' on his own Herd label remained in the Beatport chart almost a year after it's release. His music has been heavily supported by Black Coffee, Adam Beyer, Pete Tong, Hot Since 82, Damian Lazarus, Masters At Work and many more of the world's most influential tastemakers. More recent singles 'The Wolf' and 'iLEMBE' on Herd have caused a stir at all of Themba's recent shows. Themba's productions continue to break the mould and he has numerous fresh releases lined up for 2019. He is also in demand as a remixer, adding his magic to Paxx (Tulum) 'Djoloren' on Stealth and Deepshakerz ‘Tell Me’ forthcoming on Saved.

In his debut year, 2018 saw him play the Resistance, Elrow, supporting Faithless on tour and the Corona Sunset festival all in South Africa & supporting Black Coffee on his UK tour. Other highlights included his residency at Hi in Ibiza and a Mixmag Lab Live in NYC both with Black Coffee. Themba also made his debut at Ushuaia, Blue Marlin and Pacha in Ibiza.

Capturing the industry's attention, Themba has already featured in Mixmag, DJ Magazine Ibiza and DJ UK, Ushuaia Magazine, Faze and Deep House Amsterdam. His DJ mixes have featured on radio including Pete Tong's radio show, Apple Music's Beats 1 and Ibiza Sonica. Themba was also nominated for 'Best Newcomer' and this year is up for 'Best Breakthrough' at the Ibiza DJ Awards and has presented a short documentary for Beatport called 'Monitor Johannesburg'.

Themba has been made an ambassador for the Bridges For Music charity in South Africa, something very close to his heart. Themba & Dubfire hosted a workshop for young students at their school in Langa, which aims to become a learning space and creative hub where these young, talented individuals are able to pursue their dreams and develop their music skills, both in production and the music business.